Messy Paths is a puzzle arcade game with brand new gameplay mechanics. It is addictive, fast, and free to play (contains in-app purchases and rewarded ads).

The objective is to make balls of the same color collide and prevent balls of different colors from colliding into each other. These balls move inside a circuit which the player can dictate by tapping the switches located at the crossroads. It’s a simple concept and the first few levels are easy. But beating Messy Paths requires a lot of practice, quick reflexes, concentration, and good anticipation.

You have been selected by Grand Supreme Magistrate's Majesty to save the universe. But nothing is ever as easy as it seems. Discover the magical world of Messy Paths and part of the outer world. Overcome 15 evil enforcers of Doukan and obtain the Ring of Power.

Messy Paths is developed by my one-person company, Nurium Games. I came up with the idea of Messy Paths one night ten years ago just before going to bed. I felt that it was a game that had to be developed and I knew that I was capable of doing it. But I was busy at the time and couldn't. I have since spent the last four years developing Messy Paths on a part time basis. 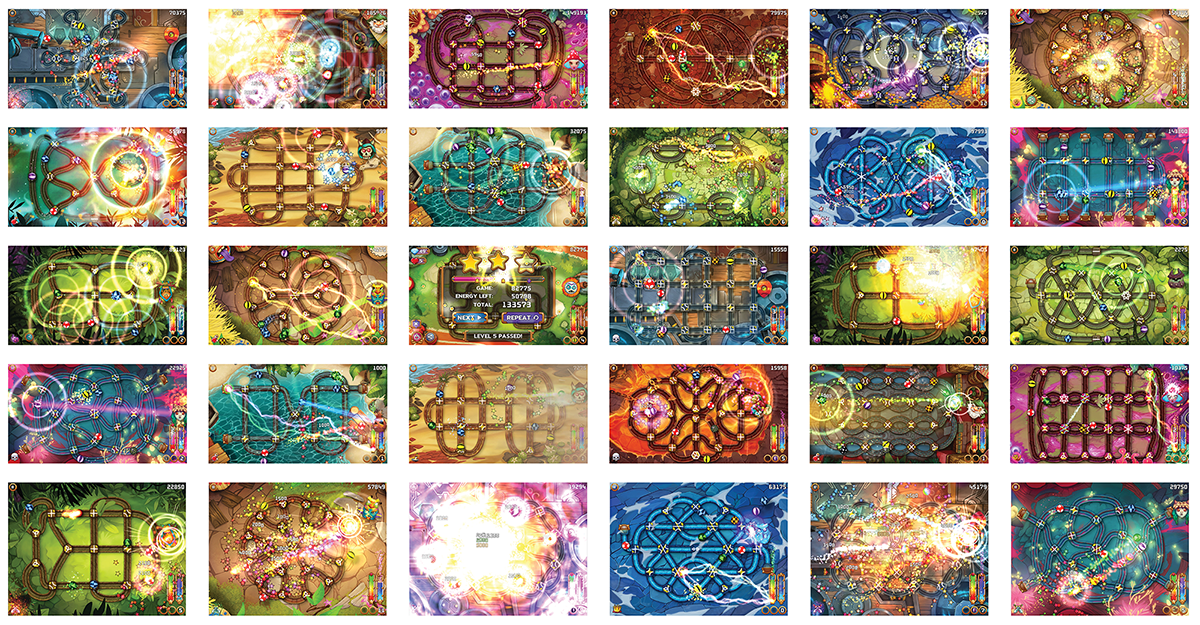 Boilerplate
Nurium Games is a one-person company started by me, Fèlix Casablancas, and it is based in Barcelona, Spain. My objective is to create original and addictive games.

presskit() by Rami Ismail (Vlambeer) - also thanks to these fine folks